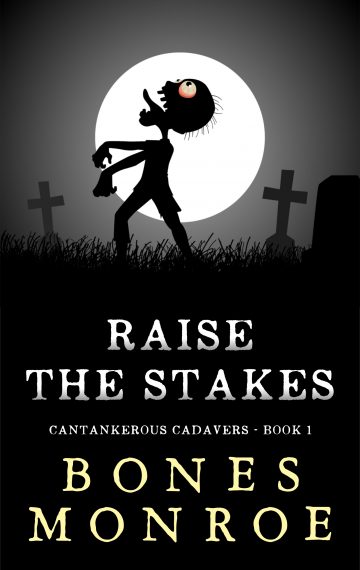 Ben just lost his job promotion to a zombie.

It was no longer politically correct to say so out loud, but the undead had always creeped him out. Life at 98.6 degrees was infinitely better than existing at room temperature. And now they were stealing promotions? What was the world coming to?

As if his work woes weren't bad enough, Ben also has to deal with an out-of-control daughter back home. Sneaking out of the house to meet boys might be a teenage rite of passage, but it's also a headache he doesn't need right now.

Of course, no one ever said that being a single parent was easy.

When the unthinkable happens and his daughter goes missing, Ben must enter deep into undead territory to save her. Armed only with a vial of holy water and a silver-plated cross, he'll face danger lurking behind every corner.

In the world of zombies, brain power has a whole new meaning, and friends are not who they appear to be. Can a middle-aged office worker with a grudge save his daughter from the undead?

Find out in Raise the Stakes, Book 1 of the Cantankerous Cadavers series—a fast paced, comedy horror story that will leave you laughing yourself to death.